My post on Building a Barebones Linux System has been the most popular post on my blog so far. Back when my blog had comments, a reader left a comment asking how the system described in that post could be loaded onto an ISO file along with GRUB to make it into a bootable image. I think that’s a pretty good follow-up so today I will share the process on how to do just that!

It’s been a bit since I posted the original Barebones Linux post and in Getting Busybox With It I added BusyBox to the system and structured my build into a Makefile to preserve that effort (available on my Github). That is what I’ll use as the starting point for this post.

Back then I used the Linux Kernel version 4.13.3 and BusyBox version 1.27.2, while I’m pulling this up again I’ll change a few of my Makefile variables to use the latest versions for today, Linux 4.15 and BusyBox 1.28.0. After updating my versions I let the Makefile run and realized I needed to update my BusyBox config. I opted for the changes that the BusyBox build system suggested and gave it another test in QEMU to make sure it was all good to go.

Now to build an ISO for it! I looked to see what resources I could find on ow to get that done. I saw what osdev.org had to offer and found a lot of good info on how grub-mkresue works here. I took a peek at the grub2 manual and it looks easier than I expected it would be.

As an initial test I wanted to verify that a normal grub2 rescue image would book in QEMU. I used grub-mkrescue -o test.iso to build this image. 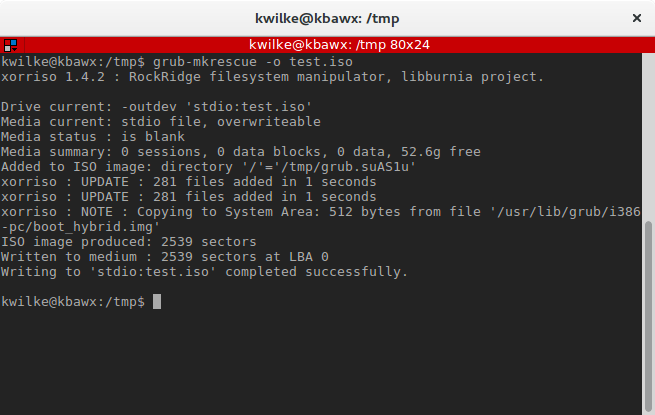 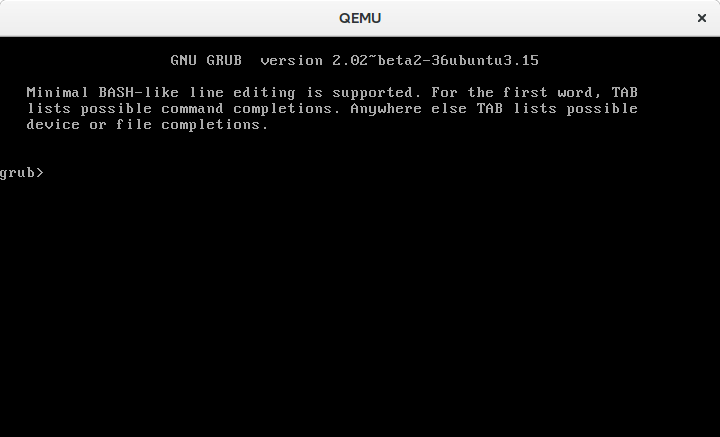 Easy enough. There is no grub.cfg so it gives you this basic rescue shell, but I’m glad it works. The grub documentation and examples I found show that you can give grub-mkrescue a directory that it will include in the build ISO and I decided to give that a shot.

I returned to my barebones repo directory and created a directory iso to store my files that I’d like to go in the ISO, and the boot/grub directory within that to store my grub config. 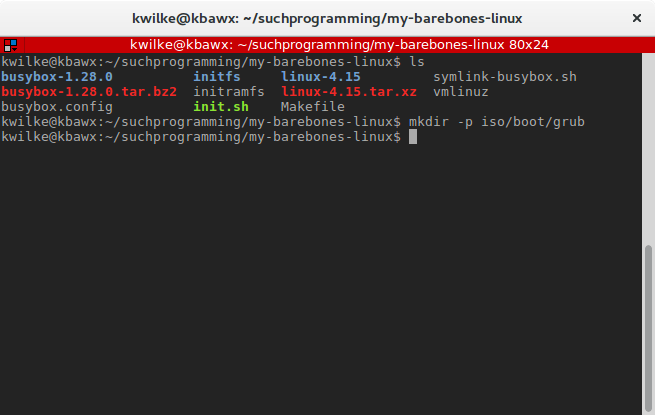 I copied my built vmlinuz and initramfs files to iso/boot/ and wrote the smallest grub.cfg to test it.

With all the files where they should be I run grub-mkrescue again to make the build. 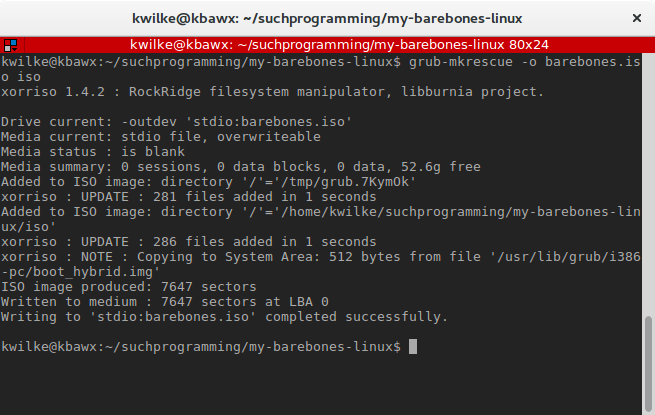 Then I’ll give my barebones.iso a test in QEMU and there’s my menu entry: 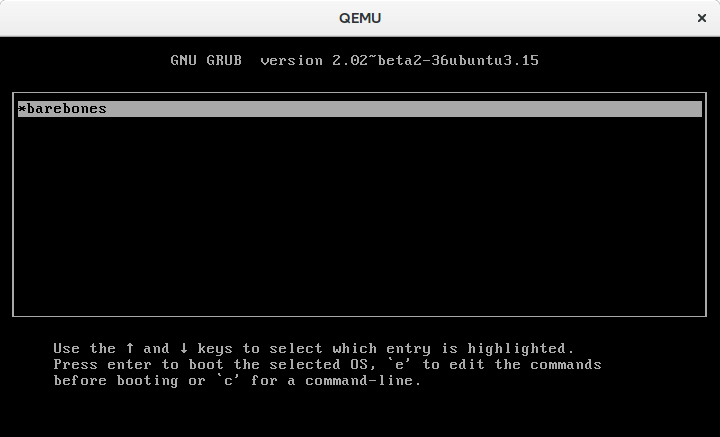 Selected my barebones OS and let it do it’s thing: 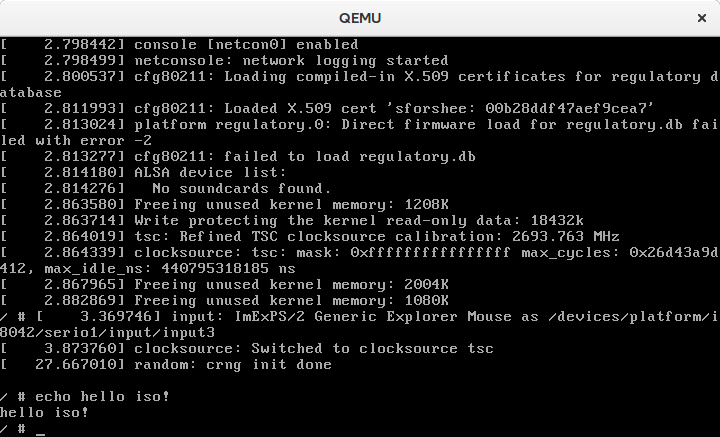 I thought there was going to be a bit more to this but I was pleasantly surprised!